You may not have heard of Margaret. Fox Searchlight famously shut the project down in 2007, frustrated with director Kenneth Lonergan’s failure to keep his film within 2 ½ hours.

Lonergan, heralded for his 2000 film You Can Count On Me, got help from Martin Scorsese and Thelma Schoonmaker, but Fox Searchlight still rejected their work. In 2011, as rumors of greatness began to spread, the studio finally released the film, and it landed on a lot of top ten lists, sometimes rising to the top. And now a 186-minute “Extended Cut” has arrived in the blu-ray/DVD combo package.

You would do well to watch the Extended Cut first. It obviously lacks the polish and musical score of the theatrical version. Nevertheless, it’s engrossing. I’d argue that it’s among the richest, most rewarding American movies about teenagers, about New York… maybe even about present-day America itself.

As a 17-year-old Manhattanite, Lisa Cohen (Anna Paquin) is ravenous for love and attention, quick to anger, explosively arrogant. She has screaming matches with Joan, her single mother; takes out her anger on her little brother; and clings to the telephone like a lifeline when her otherwise absent father (played by Lonergan himself) has time to half-listen to her. Whether in class or at the breakfast table, she turns every exchange into an irrational debate, and when she’s losing she feigns indignation: “Oh my Gawwwwd!”

In school, she clashes with classmates in conversations about history and 9/11, and tolerates her insecure English teacher (Matthew Broderick in a small but brilliant performance). A nice boy named Darrel likes her, so she leads him on, but her insatiable appetite for attention and respect prompts her to pursue a cocky rebel without a cause (Rory Culkin). She’s also hot for her math teacher (Matt Damon) who just wants to be “friends.” (Uh oh.)

Lisa wants to be in control of everything, because in truth she has little or no control over anything.

And when one of her careless impulses leads to a deadly accident, Lisa suffers a wound that changes her life forever. Guilt-ridden, traumatized, she’s deperate (like the children in Moonrise Kingdom) to find adults who will prove wise, trustworthy, and responsible.

Like so many who were eager to lash out at the first suspicious target after 9/11, Lisa is as eager to see somebody held responsible for the accident, so long as it isn’t herself. (Watch for the brief appearance of a “Macbeth” poster, and all that that implies.)

And who can blame her? If the adults won’t model decency, from whom will she learn how to live?

Look at her examples: An absent father, a mother preoccupied with an acting career, a teacher who would rather instruct than acknowledge his students’ intelligence, and another teacher who becomes his student’s plaything. Her mother’s boyfriend is concealing an ugly secret of his own. And lawyers work to win selfish people with money while failing to accomplish anything close to justice or the public good.

The film’s editing accentuates these themes. When Lisa goes to her mother for counsel, Joan does not encourage her to tell the truth; rather, she worries about the consequences that truth-telling might have on others. Then we hear a voice say, “Think of the implications of what you’re saying!” That voice comes from the next scene, where a schoolteacher is moderating a debate about cultural misunderstandings that lead to violence. But it could be a viewer’s response to, well, any scene in the entire movie.

It’s a not-so-subtle way of highlighting a city-wide epidemic of fear, loneliness, and irresponsibility, corrupting microcosms and macrocosms.

Margaret constantly invites us think about how everyone, focused on their own pain, is desperate for someone to really listen, really connect. But nobody bothers. Joan’s boyfriend Ramon reveals that he works at a company designing software that will assist in bridging the gaps between incompatible softwares, so that computers in South America can communicate with each other. He might as well turn to the camera and wink.

Sure, it’s a bit heavy-handed. But by the end, you’ll feel the enormity of this city, of millions of battles fought in solitude.

Lonergan’s frustrations with this project make a lot of sense now. The theatrical cut was missing scenes of tremendous importance. One, near the conclusion of the film, clears up a puzzling question about Margaret’s shocking accusations. Those who came away from the theatrical version convinced that Lisa had become a compulsive liar will realize that, no, the scene shows us that Lisa is growing up, choosing honesty, and daring to take responsibility. The scene also demonstrates that American adults are failing young people in almost every way, prioritizing self-preservation over truthfulness and love.

So, why is it called Margaret? You’ll see. It’s one of the film’s best surprises.

Jeffrey Overstreet is the author of four novels including Auralia’s Colors, and a “memoir of dangerous moviegoing” called Through a Screen Darkly. He is also a magazine editor, a speaker, a blogger, and a member of the Chrysostom Society. Connect with him via Facebook, Twitter, Tumblr, or, if you prefer, email. 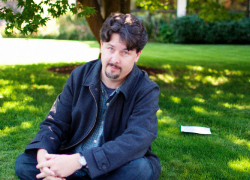