A Critical Reconsideration of the Epistemological Crisis of Our Day

John Azumah’s article on Islam’s relation to terrorism makes an important contribution to the ongoing conversation about the relationship between religion and violence. As Azumah indicates through several examples, we tend to search for the root causes of violence in sacred texts. Numerous Evangelical authors have done so, arguing for deep differences between the “personalities” of the “Christian God” and the “Muslim god” (Haggard), establishing the foundations of jihadi violence in “Islamic scriptures and commentaries” (Sookhdeo), or pointing to “‘unexploded textual bombs’ in Islam’s scriptures … for those who can be bothered to read them” (“other right-wing conservative Christians”).

But Azumah is equally critical of those who claim that violence has no connection with religion. He affirms unapologetically the relationship of violent streams within Islam, with Qur’anic texts read through the hermeneutical and legal lenses of specific ideologies throughout Islam’s history. In Azumah’s analysis, it is Wahhabi ideology, which he identifies as the principal inspiration for groups like al-Qaeda, ISIS, and Boko Haram, that stands chiefly accused in the dock.

In the debate on the relationship of religion and violence, we must distinguish between the political and the religious conversation. Do we use the religious to make sense of the political, or do we allow for the political to inform our understanding of religious interpretation and expression? This is the great debate of the age, evidenced in Samuel Huntington’s Clash of Civilizations theory versus the more recent argument of the likes of Ziya Meral in the self-explanatory title of his recent book, How Violence Shapes Religion (Cambridge University Press, 2018).

The strength of Azumah’s argument is that he rightly points out that the competition between religion and politics over the primacy on violence is chiefly a disagreement over hermeneutical method. This emerges from the epistemological conviction that text never exists in a vacuum outside the worldview of its interpreter, and that sacred text does not escape this predilection. He thus affirms with many others, including Muslims, that Islam with its scripture and traditions are indeed responsible for the instigation of violence through the lens of a specific hermeneutic. But neither does Azumah deny—by the same hermeneutical logic—that these same texts can also be inducive of peaceful behavior and hospitable neighborliness, given the right socio-religious and historic-political conditions.

Where I somewhat differ from Azumah, or perhaps would want to broaden his analysis, is regarding his dominant argument that when jihadi groups take the enforcement of the Islamic legal doctrine of “commanding right and forbidding wrong” into their own hands, they are essentially usurping the power which is only legally legitimate when it is held by the state. He thus argues that “[b]y declaring and conducting jihad on their own, al-Qaeda, ISIS, Boko Haram, and other such groups act as heretical usurpers.” But by relegating the root problem of religion and violence to the realm of hermeneutics and jurisprudence—chiefly if not exclusively—Azumah never touches on the epistemological crisis of the relationship of sacred text, with the question of authority in legislating human affairs. The example he gives of the development in the thinking of Fadl, whose legal writings have been a primary inspiration to violent jihadi groups, reflects the complexity of the issue and the adaptionist (and hence at once hopeful and dangerous) nature of fiqh. Because Islamic practice (including Jihad) is so dependent on the interpretation of text, hermeneutics and jurisprudence alone will not save us from the tyranny of problematic—yet untouchable—texts.

The challenge that remains, therefore, is whether there is any real possibility for humanity to transition from a history that repeats itself circularly to a spiral that may once-and-for-all thrust us forward and out of those incentives that recurrently throw us back to religiously-inspired violence, relegating them one day to the status of “vestige of the past.” This is where I would argue that hermeneutical method and jurisprudence may not be sufficient. And I would challenge Azumah’s analysis to go further into the epistemological question of whether the doctrine of the very nature and status of a sacred text as “untouchable” might be dislodged once and for all. I largely agree with Azumah’s assertion that, “We need to strongly resist the view that Islam is the problem, that the Qur’an is the problem, that Muhammad is the problem.” But conversely, I am not convinced anymore that the solution lies in hermeneutics and jurisprudence alone. Whereas I agree that the Qur’an is not fundamentally the problem, I would argue that it is the status that the Qur’an has been given, the unquestionable authority that it has been ascribed within Islamic theological thinking, which is at the root of the problem—at least at the same level as hermeneutical method and jurisprudence. The epistemological crisis of Islam is therefore theological in nature, and it is the variant of history—globalization, people migration, social media, and other such unique features of our age—that will determine the future of religion’s relation to violence, and with it the ultimate fate of our world. 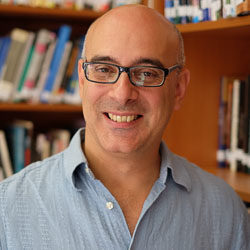