Our primary conviction with Cooperative Baptist Fellowship is that local mission work is long-term sustainable work. Still, there are people who go out from their countries to minister elsewhere for a variety of reasons and there are healthy ways to model that relationship and there are unhealthy ways. Our commitment as outsiders has been to come into the culture and learn respectfully what God is already doing among the Roma, and only then do we initiate relationships to discover how we might work together in partnership to support them. We came in and we learned and we listened and we saw how the situation between the Roma, the Slovaks, and the Czechs contributes to a cultural ethnic blindness that was very clear to us but hidden to them. This blindness results, for example, in the fact that churches do not reach out to the Roma at all. They are a true unreached people group, and culturally there is no desire to change that. So, in such a case—even with the potential damage that comes from a well-meaning American who makes tons of cultural mistakes—sometimes that’s less damage to the kingdom than to allow a whole people group to be ignored.

Mark Lau Branson, Homer L. Goddard Professor of the Ministry of the Laity, comments on “the other”

“I cannot know who God has shaped me to be unless I hear your story, and unless my story is changed by your story. I cannot understand the gospel unless I am changed by the other. …unless I am engaged day by day with words and actions, with thinking and feeling with the other. This means I am profoundly impoverished unless we … are engaged systemically and personally at all levels with listening and being vulnerable to the initiatives of God in the other.”

Having said that, right now, our mission has a tinge of the urgent about it. Because the Roma families live in circumstances that are often substandard, it’s not uncommon for children to be forcefully taken away and put in state-run orphanages. In one step further down this dangerous road, the Prime Minister recently announced a “solution to the gypsy [sic] problem”: the way to break what it means to be Roma, he wrote, is to take children from their homes, put them in boarding schools where they can get a good education and “have the gypsy educated out of them.” I admit that education among the Roma is a dire need, and it’s wonderful that the government is focused on it. But I am astounded and chilled by the willful ignoring of examples of other cultures who have tried this approach with long-term catastrophic consequences. The Prime Minister also boldly announced that the program needs to go into immediate action before the international community tries to stop it. It grieves me deeply. I think about the Roma mothers I know and there is no doubt in my mind: they would not tolerate any such thing. What parent would?

Right-wing anti-Roma sentiment is growing in Europe and history shows how this ethnic hatred results in dire consequences. For example, just before WWII with Nazi Germany, and prior to the 1936 Olympics, the Romany living in Berlin were rounded up and gathered into an internment camp outside the city boundaries “so they would not bother the tourists.” From there, most of them were shipped to Berkinau, Oswiecim, or other concentration camps where ultimately, by some estimates, as many as 90 percent of the pre-war Czech population of Roma were murdered. The era that the Jews call the holocaust is referred to by the Romany as “the devouring.” Their story of that era of oppression does not often get told and the persecution has not stopped. To this day in Slovakia, racial hatred of the Roma is fed with the most vulgar examples of bad behavior that are applied to the whole people group. And the results are tragic.

Other solutions for education exist than breaking up families. Here’s what I propose: Ask the Romany themselves what their hopes are for their children. Don’t assume; don’t base ideas on anthropological research done on other peoples. Ask the Romany why it is difficult for them to educate their children and hear what they propose. There the solution lies. Just as we are trying to do with our mission: Listen, then help.

This story was originally published in December 2013. 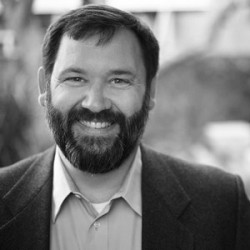 Shane is a current ThM student in the School of Intercultural Studies who came to Fuller to deepen his knowledge about theology and what it takes to break the bonds of racism.