East of Athens: The Spirit of Christ and the Way of Buddhism

What if the Apostle Paul went to China instead of Athens? Or what if we could follow the Apostle Thomas on the Silk Road and hear his message to those who lived east of Ephesus? How might our understanding of Christianity look different if the epistles were written to churches in Confucian cultures rather than Greco-Roman?

In contexts where Hinduism and Buddhism emerged and took root, hearing the gospel in “their own tongue” (Acts 2:1–12) would have entailed using languages and thought forms of a distinctly Eastern mold. Most certainly the titles of Messiah (Hebrew), Kyrios/Lord (Greco- Roman), and Logos (Greek) would have sounded foreign and perhaps incomprehensible to Buddhist ears. While the Scriptures are situated in particular socio-historical contexts, there is an abiding work of the Spirit of God throughout the various cultures of the world. Language is just the beginning of what sets eastern and Western cultures and religions apart.

Buddhism centers on embodying a way of life modeled by the Buddha. Like Christianity, Buddhism has a missionary impulse and has proven to be translatable across cultural divides. Whereas many religions remain bound to a single culture or language group, Buddhism and Christianity both draw on local elements of culture as they make their home in new places. Christians entering into dialogue with Buddhists find that they must learn about a religious system, which, like Christianity, touches on all facets of human life and is adaptable to every culture, but has essential practices and rituals at its core. If it is this embodied life of Buddhism that is sought, then accessing the lived religion of Buddhists in their daily routines must be a primary aim of dialogue; analysis of truth claims is necessary but insufficient for understanding Buddhism.

In the lead article for this issue of the journal, Pentecostal theologian Amos Yong argues that the Christian task of dialogue requires a journey into Buddhism with Buddhists all the while looking for evidences of the Holy Spirit’s activity in their religious practices. Commitment to Christ is likely to deepen for such Christians as they present the Christian gospel in a way that takes into account the Spirit’s presence as well as the truths and virtues found in Buddhism. While Christians in the West have traveled little along the Silk Road, the Holy Spirit has long been active among the many cultures east of Ephesus. 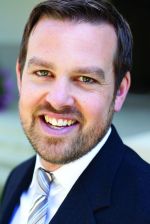