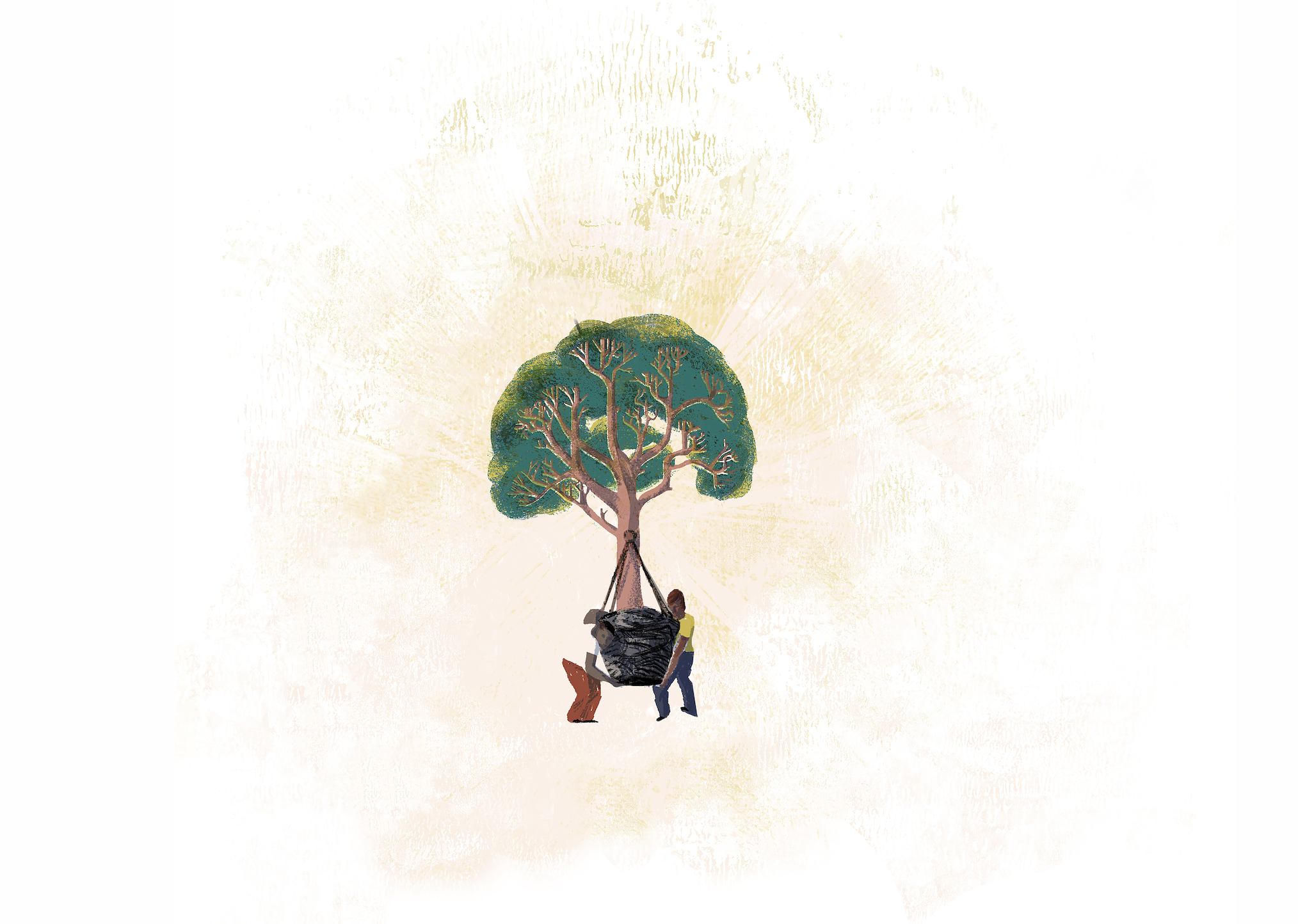 “You know, the best thing that I have done for my daughter so far is that I did not introduce her to church.” This was the very first thing he said as we sat down for coffee. We had not met in a long time, but he did not hesitate to let this word set the tone of our conversation that day. I still vividly remember the conviction with which he spoke.

A Pain Point in the Korean Church Today

Thinking My Seeing and Seeing My Doing

When the leaders of the newly planted church that I became a member of asked me to preach for high school students, I readily said yes. Instead of preaching, however, I have been facilitating Lectio Divina.

From day one, I have let the students know that we will not have a pastor preach every Sunday.  I also let them know that there will not be a typical sermon with clean-cut, take-home lessons prepared in advance for us. Instead, I told them that we will read the Bible together and pay careful attention to see if there is any particular image, word, phrase, color, and/or emotion that stands out, in light of which we may ask and discern what God is doing in and among us. In other words, I have encouraged them not only to read the text but also to let themselves be read by the Scriptures.

Instead of passively hearing whatever someone else has read, studied, and contemplated for them, I have challenged them to interact with the text and ask the questions themselves. Rather than writing complete sermons, therefore, I spend much of my time and energy during the weekdays on choosing a text, searching for relevant resources, and thinking of questions that can help the students understand and continue to meditate on the text throughout the week.

Such a new and almost “unheard of” attempt was not received with enthusiasm, especially for the first three months: the most popular response was a monotonous and effortless “I don’t know.” Their faces constantly communicated to me, “Just preach to us and give us lessons to take home, so that we can tell our parents when they ask us what we learned today.”

One Sunday, however, there were four completely new faces. For all of them, church was an absolutely novel thing. When Lectio Divina began, we had a dramatically different experience: In the sharpest contrast that one can ever imagine, these four new faces had brightly shining eyes with so much excitement and curiosity. Unlike the rest of the students who sat so lifelessly, these four—who had no idea who Jesus was or what church was about—raised so many questions and responded to every single question that emerged with enthusiasm and passion. They seemed determined not to let any moment pass by meaninglessly.

What has the Korean church done to its youth? The youth within the Korean church have become so passive, unengaged, and reliant on the paid experts to feed them light meals made to fit their Sunday morning appetite. Rather than cultivating an environment where the youth can “participate in the action-reflection cycle”1 as they are challenged and supported to discern the will and work of God, the church has made the experts do all the work for the rest, including its youth. Consequently, the youth have grown so used to being fed by those who work on their behalf that they find it overwhelmingly bothersome to do the work themselves. The only thing they are willing to do is to come and sit at the table that is wide open for them and take whatever seems fitting to their taste.

I teach a course for Korean students that focuses mainly on conducting case studies. Each case is filled with ambiguities and problems for which there are no clear biblical teachings nor simple solutions. For the case study to be done, everyone in the class is challenged to speak up, identify main issues, listen to and question different perspectives that emerge, review all the available resources, understand possible alternatives, and work towards a solution that the group could support. Much of the classroom time is thus spent on communal discussions and reflection.

In general, Korean students naturally expect an expert to talk and fill every minute available in class with a good amount of knowledge-based inputs. This is because they come from a high-power distance culture where teachers are expected to take all initiative and “outline the intellectual paths to be followed.”2 It is therefore against the Korean students’ expectations that I facilitate case studies where they themselves have to do the hard work of questioning and processing the issues. Nonetheless, I have insisted on challenging them to build a hermeneutical community through the case study method. Why?

First, it is to alleviate the students’ exaggerated dependency on one particular authority figure who is expected to offer quick solutions. Second, it is to include everyone in the entire process of cocreating the unique space and time for new learning. Finally, it is to help everyone ask hard questions that they would normally avoid or miss out on. In short, through the case study method, I am giving the work back to the students, for I have said both in and outside the class that “giving the work back to the people”3 is one of the most important tasks of leadership, especially in the Korean church today.

Giving the work back to the students, in both school and church, does not necessarily lessen my work load. On the contrary, it sometimes takes more energy to let the work be shared among students for it is much easier to control than to let go of control. Similiarly, speaking less does not necessarily mean doing less.  As a matter of fact, it is often easier to speak as much as I want rather than to listen to “the songs beneath their words.”4 Encouraging others to partake by allowing them to speak, contribute, and question requires much more energy and competency. Nonetheless, some of the students have mistaken my intentional efforts of giving the work back to them for my incompetency.

Despite such an unpleasant potentiality of being misunderstood, I have tried to give the work back to the students, for I consider it to be a faithful doing my saying.

Concerning its youth, the Korean church leadership needs to give the work back to them. The church leadership has tried to be responsible for everything for everyone. Yet it is time for the youth, who have grown so passive, to realize that it is their own responsibility to read, interpret, and apply the Bible to their lives, and to draw attention to the tough questions themselves. The youth should take more responsibility than they are comfortable with. This should be done, however, only at a pace that they can handle.

In retrospect, I can see that it was a critical mistake to announce on my very first day with my church’s youth that we were going to have a change—that there would be no preaching pastor. In so doing, despite my good intentions of putting the work back on the students in order for them to grow and mature, I failed to create “a holding environment”5 where they could feel safe enough to try something new.

Most students did not resist the change to Lectio Divina but rather feared not being able to develop a new relationship with a pastor or a pastor-like figure who could take care of them.

New Learning for a Complex Challenge

For the Korean church to be hopeful for the future while remaining mindful of the present pain, its leadership must bring conflicts to the surface. Instead of avoiding the work, which is a very common response to difficult challenges, the Korean church should name and face them.

Most difficult challenges are built on “dynamic complexities,” whose cause and effect are distanced in both time and space, and “social complexities,” products of different views and values. At the core of such challenges could also be “emerging complexities,” whose problems, solutions, or even stakeholders are not clearly known.6 The pain of the Korean church, namely the overly passive youth, is impacted by these three complexities. Hence, they are far from being technical challenges that can be resolved simply by applying well-known technical solutions without learning.7

The current pain of the Korean church requires new learning—the past alone is not enough.  Therefore, the Korean church leadership has to overcome the temptation of simply reenacting past patterns of thoughts and reproducing familiar rules and values. Divergent views and even disconfirming mental models and data should be welcomed within broadened conversation. Rather than silencing others’ thoughts, guiding others’ assumptions, and blaming others for the current pain, the Korean church leadership has to acknowledge and learn from its own contribution to that pain. More than anything else, it has to learn that the effectiveness of the leadership process should now be viewed “in terms of the level of feelings of significance experienced by people in the community” rather than the level of influence that an individual leader generates.8 It is time for the Korean church leadership to give the work back to the body of Christ at a pace that is appropriate so that everyone can feel both challenged and supported to do their own work (Eph 4:16). After all, the members involved in professional ministry, which make up 1 percent of the church, exist to both equip and support the remaining 99 percent—not the other way around.9

I have structured this writing in such a way that I could think my seeing, see my doing, do my saying, and say my thinking. I have done this not only for the purpose of discerning the present pain of the Korean church, but in doing so, to also provide hope. God who began a good work in us will carry it to completion until the day of Christ Jesus (Phil 1:6).

R. A. Heifetz and M. Linsky, Leadership on the Line: Staying Alive through the Dangers of Leading (Boston: Harvard Business School Press, 2002).

R. A. Heifetz, A. Grashow, and M. Linsky, The Practice of Adaptive Leadership: Tools and Tactics for Changing Your Organization and the World (Boston: Harvard Business School Press, 2009).

O. Scharmer, Theory U: Leading from the Future as It Emerges (Oakland: Berrett-Koehler Publishers, 2009).

Heifetz, Grashow, and Linsky, The Practice of Adaptive Leadership. 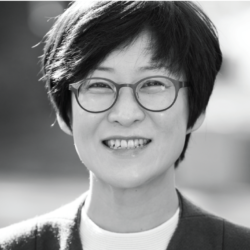 Eun Ah Cho is assistant professor of intercultural leadership and program chair of the Korean-language Master of Arts in Intercultural Studies and Master of Theology in Missiology.