Before September 11, 2001, the consciousness of most French evangelicals concerning Islam was limited to a socio-religious reality: the majority religion was Roman Catholicism, and like French evangelicals, Muslims in France were also a religious minority (Muslims being more numerous). Post-9/11 events have of course changed that perspective drastically, by bringing Islamic realities and epiphenomena to the forefront of public consciousness, for the general French public as well as for French evangelicals. This shift in perspective is not, of course, limited to France, but generally true in the non-Muslim world.

At the outset, let us point out that anti-religious “phobia” is not limited to Islam. In 2015, according to French sociologist Sébastien Fath (who is also an evangelical), government statistics show a 20 percent increase in acts perpetrated against Christian worship sites and cemeteries and a tripling of Islamophobic acts. A 5 percent decrease in anti-Semitic acts was noted, but the Jewish community paid the highest price because of their smaller population, respectively. The remarkable increase of Islamophobic acts coupled with a significant growth in anti-Christian pillage seems to indicate that intolerance of religion in France is on the rise.1

As a Franco-American, my own perspective has been enriched by meeting French Muslims and Muslim-background evangelicals, but also fundamentally influenced by 15 years of life and ministry in Lebanon. Before moving to Beirut, I had a relatively “typical” evangelical outlook on Islam—seeing it from afar, looking at it from outside its regions of origin and meagerly understanding its nature and complexities. Seeing Islam from within the Arab world profoundly changed my outlook and understanding of Muslim peoples, as well the realities and content of Islamic faith.

The responses of the rank and file of French evangelicals to Islamophobia are summarized by Franco-Moroccan pastor Saïd Oujibou in his open letter to pastors, imams and friends, Islamisme, islamophobie et islamofolie.2 Written in the wake of the attacks on the French satiric publication Charlie Hebdo in January 2015, Oujibou notes two temptations on the part of French evangelicals: 1) unwittingly feeding the ambient fear of Islam and Muslims fueled by the attacks on France; 2) retreating into the protective cocoon of their communities, thus neglecting an active public presence and relationships of solidarity with Islam and with Muslims. Oujibou does not minimize the challenges that Islam and Islamism represent today; in fact, he has very tough words for the religion of his childhood and youth, for he sees within Islam itself the seeds of the violence propagated by its extremist elements.

What, then, is the solution? Oujibou develops several themes, including “encouraging Muslims toward a critical re-appropriation of the Qu’ran.” He argues that French evangelicals need to understand the mechanisms of Islamist radicalization and the seductive power of its ideology, heightened by its current incarnation in Daech (ISIS) and its dream of a caliphate. But, beyond understanding the phenomenon, Oujibou exhorts French evangelicals to leave their isolation and develop close contact and relationship with Muslims. Here, he says, is a fascinating context for practicing non-violence and forgiveness as well as a unique opportunity for French evangelicals to be “salt and light.” In addition to increased contacts with Muslims, they training is necessary to raise the quality of their witness evidenced by the need understand certain cultural and religious codes. Moreover, the common public amalgamation of Islam with Islamism, called “islamo-folly” by Oujibou, must be rejected by French evangelicals, for it will only serve to exacerbate the widespread fear factor and impede evangelicals in their desire for authentic witness toward Muslims. It is appropriate for evangelicals to express their fears, to formulate them and objectify them, so that the community might be able to deal with them appropriately.

In looking for solutions, we turn to the biblical text. The Apostle Peter presents a way forward in chapter three of his first letter (1 Peter 3: 13-17), which can be summarized in four words: consecration, preparation, sensitivity and integrity. The prerequisite to witness in an adversarial or hostile context is the centrality of Christ to the totality of our lives. Such consecration paves the way for appropriate preparation, in this case, for witness to Muslims (i.e. understanding Islam, understanding its cultures and codes, answering objections, helping Muslims encounter Jesus etc.) that will help evangelicals be more relaxed in their rapport with Muslims. Christian apologia has sensitivity as its core underpinning (“…with gentleness and respect,” verse 3:15b). Such sensitivity implies meaningful relationship and it is highly likely that nothing of lasting effect in Muslim-Christian dialogue will be achieved without it. Last but not least is integrity, which substantiates the credibility of evangelical witness, whether on a personal or ecclesial level. Without it, why would Muslims even begin to listen to us? I believe that the practice of these four values in our relationships and our witness to Muslims will go far in addressing the barriers that impede the witness of the French evangelical community to Muslims. 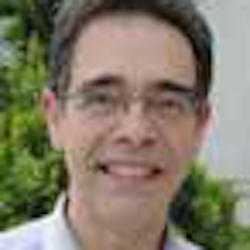 A French-American of Lebanese origin, Paul Sanders earned degrees in history and theology in Oregon, USA and the Doctorat in modern Western history at the Université de Paris-Sorbonne. He has served theological schools in France and Lebanon, and with various international networks of theological institutions in Europe, the Middle East and globally. He currently lives and works from Nantes, in western France.