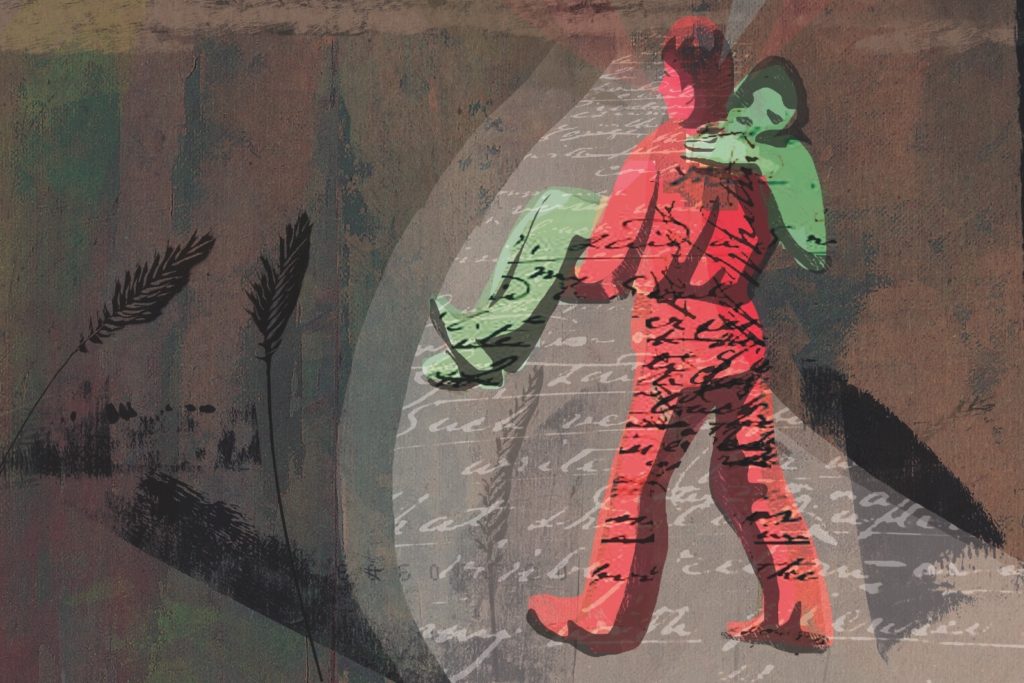 Sounds of an electric guitar, loud and distorted, emanate from a broken-down sauna building in the woods next to the Wenatchee River. Hardly a suitable recording studio, it smells like cedar and sounds otherworldly. I knock on the door, but John doesn’t hear me. He keeps grinding on the guitar. It turns out later that my knock made his record. The river noise is in there, too.

I’ve learned a lot from John since I first met him, when he was a new Christian. He’s always been a musical prodigy. His band, Lonely Forest, toured with Death Cab for Cutie, and he recently got back from Germany where he was promoting his new solo album. But the first time I heard John play was in an old gym at a Christian camp a couple of years ago. Sitting on a blue exercise ball, he cried a little while sharing a song that would eventually become the first he wrote for a worship album. This is the album he was finishing up recording in the sauna that day.

I was spending two weeks with five artists and five pastors at the Grunewald Guild Artist Retreat Center in Leavenworth, Washington, as part of the Brehm Center’s Cascadia Residency Program—in which artists are invited to be “Artists in Residence” at churches in the greater Seattle area. The two-week art-making retreat was the culmination of a year of relationship-building and theological education with our cohort of five churches. The Cascadia Residency cultivates generative relationships between artists and ministry leaders who are mutually dedicated to the artistic renewal of the Pacific Northwest region and its churches.

The Pacific Northwest, or “Cascadia,” can be an interesting place to do ministry. One of the most unchurched areas in the nation and a land of religious “nones,” it is a place of few boundaries and norms. Tradition is inherently suspect. We are a culture of “living our (individual) truths” with no support system. Through conversations with pastors, cultural leaders, and artists in our region over the last five years, we have learned that this “spiritual but not religious” climate craves experience over institutional involvement, particularly as it relates to the church. People in our region prioritize outdoor experience, yoga, third space communities, beer culture, food culture, and the list could go on.

I’ve been asked why we don’t simply host a Christian artist residency outside of the church. Wouldn’t it be easier? The church is so messy and sometimes opposed to the arts. Wouldn’t there be less red tape, less relational difficulty? Well, yes. We’re convinced, however, that the church is still the nexus for God’s work in the world, and that artists have much to teach our churches about how to cultivate living experiences of Christian encounter. We believe that artists can plunge us into the story of God—and equip our churches to do the same in the midst of a cynical and individualistic culture.

Each evening during the retreat, our cohort participated in the ancient ecclesial rhythms of Gather, Word, Response, and Sending, using the lectionary as the source of our Scripture readings. This simple liturgy bound our team together—artists and pastors from diverse congregations that included Presbyterian, Assemblies of God, Nondenominational, Evangelical Covenant, and Free Methodist. Not surprisingly, most of our artists—and some of our pastors—had never encountered these rhythms or the lectionary.

Slowly, over the course of the two weeks, our artists identified ways to live into our liturgy. Our musicians reworked hymns; visual artists brought natural objects in from the outside for reflection; an author recast Psalm 23 through multiple creative lenses. Magical things began to happen. The lectionary texts and liturgical pattern of Christian worship gave the artists a space to play, to innovate, and to embody. They began inviting us—propelling us—into the story of God. Artists began to shape our worship in revitalizing ways.

John approached me after our first worship time together and asked if he could have a copy of our liturgy. He had struggled to find a shape for his worship album—an album of fear, joy, gratitude, emotion, and questions. The liturgy gave shape to his creativity. And our community of diverse traditions helped him shape it. Worship began to shape his individual art, just as his art had given embodiment to the liturgy. Since then, he has told me often how grateful he was for that experience—and the sauna. John was shaped and formed as a musician and worship leader through our program, even as he will shape and form others through his music and worship leadership. Like the wise scribe in Matthew 13:51–52, we are training people for kingdom service to bring both the old and new out of the treasures of our faith.

Our artist residency has been a place of creative liturgical incubation. Artists and pastors come together to tell and retell the story of God, and they take these experiences back into their local congregations. Our poet took her recast 23rd Psalm into a Good Friday service; a textile artist created an installation exploring themes of “sanctuary” in her own sanctuary; a painter captured congregants’ weekly journeys in Seattle in a series of artful maps. And John: he took his album back to his home church, and then to a Capitol Hill nightclub—a location where most had likely never heard the story of God.

Liturgical patterns of worship have become a place where humans can ask hard questions. Worship becomes a place for both deep joy and expansive pain; for guitar fuzz and uncomfortable emotions. We are allowed to be transformed by the Spirit of God as we experience our personal stories being engulfed by God’s story. The church needs artists, and artists need the church. And sometimes they need a run-down sauna by the Wenatchee River.

+ Click here to learn more about Brehm Cascadia and the residency program. 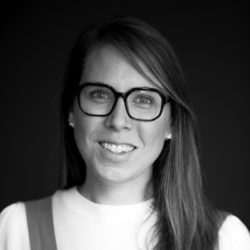 Shannon Sigler is the executive director of Brehm Cascadia, based in Seattle, where she and her team care for artists and build bridges between art and church communities. Learn more about the Cascadia Residency at cascadiaresidency.com.