Religion—orthodox, unorthodox—is being empowered by technology something the pandemic has only further underlined. The popularity of televangelism played a significant role in normalising the screen-based experience of the sacred. The growth in the online search for prayer, comfort, spiritual strength, and peace-of-mind during the pandemic coupled with the on-ground witness of religious groups offering food and aid to aged, homeless, and out-of-work people has created hybrid models of religious service. Often in tandem with digital awareness and online registration facilities, the church came to you, where you were, regardless of your religious convictions. For instance, St. Thomas’ Newcastle partnered during Christmas 2020 with Love Your Neighbour (an interconfessional charity) on their Love Christmas campaign, with the aim of distributing two million Christmas hampers to people struggling with COVID and other challenges.

In-person services along with virtual worship have also given a new meaning to the exercise of religious authority since it can now transcend local boundaries and be maintained in a networked global space. Pauline Cheong, in her work, ‘A Holy Influence: Understanding Religious Authority in Hyperconnected Times’, describes the new relations and negotiations that have emerged in a digitally connected religious space. She observes diverse religious communities to understand their hope and expectations about digital technology, and in the process, she redefines religious authority as a ‘dynamic communication practice’ via mediated platforms. The dynamism of authority is affected by popular culture that drives traditional religious authorities to become ‘influencers’ on social media using corporate branding strategies, and by investing in high-quality marketing. These organisational shifts require bigger budgets to cater to more ‘professional looking service[s]’ as well as to employ a media-savvy team to guide the leadership.

In cultures where rituals and religious performances are limited to prescribed priests or leaders, the virtual presence of religious authority figures can act as a force multiplier. Not only does it allow priests to be readily available but it also permits families and friends to participate in the religious experience from across the world, an experience not possible without technology. As a result, social distancing and alienation is replaced by feelings of intimacy and engagement, forging a deep sense of relationship amongst the congregating members and the religious heads. Such an affiliation bestows meaningfulness to the exercise of power, especially in contexts where religious figures wield a lot of it.

Furthermore, Cheong points out how the wielding of power through digital modes can act as a lens to study the changing notion of ‘authority’ itself. During the pandemic, nation-states have been using digital and virtual media to promote safety measures, create awareness, and ensure compliance with regulations. Has such digital discourse diluted the dignity and power of its representative offices? Or has it made the otherwise unreachable leaders more accessible and approachable?

In an academic space that enquires into the effect of digital media on leadership and power, Cheong’s work raises important questions pertaining to religious authorities and their digital interactions. However, her work can expand the discussion to reflect on issues and concerns within the broader faith-based implications of digital hyperconnectivity. For instance, due attention must be given to the core beliefs that have characterized religious authorities and their new media relations in recent times. This can help shed light on debates regarding human leadership, personal well-being, and the use of technology in times of hyperconnectivity. Here, Saint Anselm’s ontological arguments of fides quaerens intellectum (faith seeking understanding) become imperative to investigate the manner in which religious authorities have re-branded themselves to boost their influence in a hybrid religious environment.

In Proslogion, Anselm introduced fides quaerens intellectum (faith seeking understanding) to argue that the human quest for rationality was faith-induced (Tester, 1989[i]). He refers to faith here as a state of volition that drives the individual on a course to edification. Belief is a priori to engagement in the understanding of rituals and practices that one engages with; even the knowledge of one’s religion is based on one’s faith because the action a believer takes is in some way an attempt to justify what s/he believes in. In other words, it is through one’s faith in God that one acquires self-knowledge. The deeper the knowledge of divinity, the greater is the degree of individual self-realisation.

This is also part of the epistemic cognitive process that points to the presence of God in each one of us because all information that we receive about God is through ourselves, via our visual, auditory and tactile senses. It is difficult to imagine a purely objective knowledge of God, one that is distinct from our sensory or cognitive processes. Thus, when we study the exercise of religious authority as a ‘dynamic communication practice’, the communication strategies employed here include technology that can quantify, measure, record, and track the performance of the congregating members in order that the clergy can monitor their behavior and motivate the congregation accordingly. The digital platforms provide feedback to the users to help them manage their digital religious practices and to keep them motivated. The role of the authority is sustained through the interpersonal relationships they build with the members of their congregation, which in turn allows them to engage in affective exchanges and forge emotional attachments.

Anselm’s fides quaerens intellectum reminds us of the faith-based orientations particularly witnessed in Abrahamic religions. The digital realm is believed to be an extension of the exercise of one’s faith since the digital repositories aid in researching, negotiating, and expanding one’s beliefs. Today, as the world finds itself in the grip of a pandemic, religious authorities have embraced such hybrid exercises of faith. They have attempted to employ affective forces in their communications to preserve religious relationships, maintain appearances of religiosity, and display power to instruct communities. Fides quaerens intellectum is important in understanding the significance of faith in hybrid religious experiences as well as in acknowledging that faith comes prior to gaining an intellectual or rational insight into beliefs, practices, and values embedded in religion. In its online manifestation, faith, thus, drives hybrid religious models. 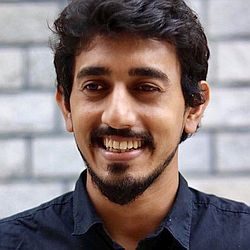 Benson Rajan is an Assistant Professor at Jindal School of Journalism and Communication, India. He specializes in visual culture, digital religion, and media semiotics. His research on digital religion, social media, gender studies, and human-computer interaction studies have been published in various journals such as Interdisciplinary Journal of Research on Religion, Punctum: International Journal of Semiotics, Journal of Content, Community & Communication, amongst others.