To foster shared understanding and solidarity between diverse groups, interfaith engagement is crucial. But understanding and solidarity do not just happen overnight; they require active partnership and a refusal to reduce all beliefs to the lowest common denominator. If Evangelical Christians in America are to remain faithful to Christ and participate productively in interfaith dialogue, what sorts of character traits do we need? We believe an interrelated combination of three virtues is essential: receptive humility, reflective commitment, and imaginative empathy.[i]

Receptive humility means being willing to acknowledge both the limitations of our own religious views and our need to learn from others. It’s “a curious, questioning, and receptive demeanor that says, in effect, ‘Here is another human being. I wonder what he (or she) is seeing and feeling right now.’”[ii] This receptive aspect of humility is rooted in a desire to seek and receive truth, whether that means learning more about why I believe what I believe, recognizing the limitations of my own perspectives, or deepening my understanding of those who are different from me. 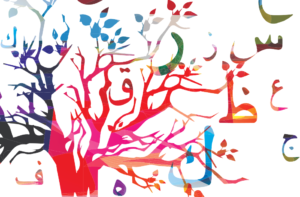 Receptive humility can be developed through reconsidering one’s own beliefs in a more objective way, viewed through the vantage point of another. This can be difficult and challenging, but it’s important. Receptive humility grows as we continue to ask questions and desire to know more, which often fuels the pursuit of ongoing interfaith engagement.

One of the biggest challenges to cultivating humility can arise when, convinced that our own beliefs are the “absolute and final truth,” we don’t really listen. Instead, we find listen for what we think are flaws in what our dialogue partners are saying, mentally preparing to show the superiority of our own beliefs.[iii] This stance makes it difficult to listen receptively and see the many parallels between our own beliefs and those held by others. Becoming aware of the tendency to find fault in others’ religious beliefs can in itself be the beginning of humility.

While receptive humility is crucial for constructive dialogue, it’s not sufficient. Healthy interfaith engagement should also provide opportunities for participants to sincerely express their religious beliefs and commitments. Cornille argues that if participants didn’t come to the table connected to a religious tradition, the dialogue might be interesting and valuable, but it wouldn’t be interreligious.

There’s an obvious challenge here for interfaith engagement: We must learn to balance our convictions with receptive humility. In our dialogues together, we should affirm both the virtues of open-mindedness and of commitment.[iv] Those who find openness to be a natural approach to religious difference may need to cultivate respect for those who desire to convert others to their own commitments. Those who possess a strong commitment to their own tradition, on the other hand, may need to be reassured that a person can listen, seek to understand, and even come to appreciate aspects of another religion without compromising commitment to one’s own. In our interactions with our religious neighbors, we need to learn when to leave some issues off the table, when to listen, when to speak, and when to focus on common ground rather than differences.[v]

All who participate in interfaith dialogue can strive together to develop the sort of reflective commitment that includes the ability to “think deeply and critically about fundamental questions in general, as well as about [one’s] own fundamental beliefs, attachments, and presuppositions.”[vi] Reflective commitment is evident when we are aware of both the reasons why we remain committed to our beliefs, as well as reasonable grounds for doubting them. It can be seen when we are willing to entertain tough questions without abandoning those beliefs.[vii]

For commitment to be truly reflective, we must be willing to engage in what Nussbaum refers to as “Socratic scrutiny,” which involves an ongoing “critical examination of oneself and one’s traditions.”[viii] Scrutiny of our own beliefs doesn’t mean we have to avoid critiquing other religions and simply ignore the significant differences between them, though. Rather, it involves developing a more reflective understanding of our own position in light of an increasingly more accurate understanding of another’s position. In finding a balance between humility and commitment, we come to recognize that it’s possible to admire an aspect of another religious tradition without weakening our commitment to our own. In fact, what I value in another tradition may actually help to strengthen my own religious practice.

Empathy is a cognitive as well as a moral virtue. It involves a desire to learn intellectually about another religion and its adherents as well as “a willingness and ability to penetrate into the religious mindset of the other and understand him or her from within.”[ix] For this to occur, says Cornille, one must have sympathy  for the religious other — openness to the “meaningfulness and worth of his or her religious life. It includes respect for and interest in the beliefs and practices of the other.”[x] Empathy involves humanizing the other. In this way she becomes more than an abstract representation of a particular tradition and becomes my religious neighbor.

This is no easy task. When I reflect seriously on the challenges that another’s beliefs pose to my own, I may have to exercise imagination in order to consider what that person’s beliefs mean from inside that tradition. This sort of imaginative empathy includes “the ability to think what it might be like to be in the shoes of a person different from oneself, to be an intelligent reader of that person’s story, and to understand the emotions and desires that someone so placed might have.”[xi] In cultivating such an imagination, we’re starting to understand difference from a new vantage point, enabling us to realize on a deep level that our neighbors are not “forbiddingly alien and other,” but that we share “many problems and possibilities.”[xii]

Those who come to see admirable qualities in the beliefs and practices of others often articulate part of what Cornille refers to as interconnection. Simply put, interconnection is “a sense of commonality or solidarity among religions, and of the relevance of the other religion for one’s own religious tradition.”[xiii] Interconnection might mean sharing common concerns over issues such as environmental destruction, justice for the poor, and the role of religion in civil society.  It also might mean identifying “universal features” of various religions, including “a sense of being in a life that transcends this world’s selfish little interests, a commitment to self-surrender, freedom, and loving and harmonious affections.”[xiv] Developing a sense of interconnection across faith traditions helps contribute to our feelings of empathy toward our religious neighbors.

Some Christians are surprised by when empathy is easiest–and hardest–to cultivate. Many expect to find compatriots with other Christians, assuming common theological commitments and concerns. Instead, they frequently notice, as Nash and Bradley observe, that “there is as much spiritual difference within most particular religious narratives or traditions as there is between and among different religious groups.”[xv] Thus, some evangelical Christians may feel quite alienated by the beliefs of more liberal Christians–while finding much common ground with a committed Muslim. This sense of commonality can fuel interconnection, which might lead to imaginative empathy for this religious neighbor. Imaginative empathy helps us see and feel the depth of others’ commitments, without requiring total agreement with the views held by another person.

When we cultivate imaginative empathy, a central goal of interfaith interaction–balancing receptive humility and reflective commitment–can be reached. We learn to think and speak respectfully by taking time to listen and empathize, entering imaginatively into another person’s story. But this never requires a “hands-off attitude to criticism of what one encounters.”[xvi] This balance between openness and honesty, between a willingness to change and a desire to remain true to one’s commitments, is articulated well by one of the participants in “The Faith Club,” an interfaith discussion and support group described in a book by the same name. Speaking of the impact of her years of involvement in this group, one participant said, “I still speak as a Jew, but [as] a Jew with a Palestinian friend.”[xvii]

Virtues for the Common Good

Cultivating virtues is never merely about becoming a good person. Rather, the purpose of becoming virtuous points beyond the self toward a better form of life together. We must think beyond ourselves to the essential role that these virtues can play in pursuing the common good. Receptive humility invites the other into my intellectual and moral space, reflective commitment motivates my continued investment in working with others for the common good, and imaginative empathy bolsters my belief and hope in the possibility of peace. As I engage with those who believe differently, I practice using what Diana Eck calls “bridging speech,” which is the ability to communicate across faith lines–a skill needed for effective common action.

Receptive humility, reflective commitment, and imaginative empathy are best developed in the context of face-to-face encounters and budding relationships with real religious others where such qualities can mature.[xviii] In our work with evangelical Christians, we’ve seen a wide array of reactions to interfaith engagement. In each case, promoting these virtues has provided essential challenge and support as we all learn to relate to each other amid our differences.

[i] For a more complete discussion of virtues in the context of religious diversity, see Catherine Cornille, The Im-possibility of Interreligious Dialogue (New York: Herder and Herder, 2008); Martha Nussbaum, Cultivating Humanity: A Classical Defense of Reform in Liberal Education (Cambridge, MA: Harvard University Press, 1998) and The New Religious Intolerance: Overcoming the Politics of Fear in an Anxious Age (Cambridge, MA: Belknap Press, 2012). 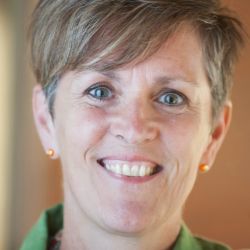 Marion H. Larson is Professor of English and Co-Chair of the Department of English and Journalism at Bethel University (MN) where she teaches courses in literature, writing, and humanities. For the past several years, she has been working with Sara Shady to help encourage interfaith engagement efforts at Bethel, motivating and equipping students, faculty, and staff to be good Christian neighbors in the increasing religious diversity in the US. 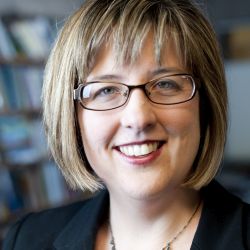 Sara L. H. Shady is Professor of Philosophy at Bethel University (MN). In addition to regularly teaching courses in ethics, existentialism, and gender studies, she actively develops and promotes programs that encourage Christian involvement in interfaith engagement. Along with Marion Larson, she recently published From Bubble to Bridge: Educating Christians for a Multifaith World (IVP Academic, 2017).