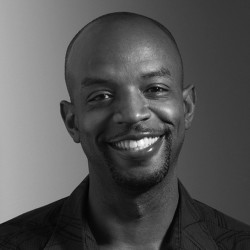 Reggie Williams is an assistant professor of Christianity at McCormick Theological Seminary in Chicago, Illinois. His research consists of analysis of the intersection of race and religion in modernity, with attention to the Harlem Renaissance and global transformation of international identity on the unfavorable side of what W. E. B. Dubois described as “the color line.” Particularly, he has found, Christology within the Harlem Renaissance literary movement yields evidence of a different Christianity than that present in the dominant Western world’s blending of race, religion, and empire.

Williams is the author of Bonhoeffer’s Black Jesus: Harlem Renaissance Theology and an Ethic of Resistance (Baylor University Press, 2014).

Empathic and Incarnational: A Better Christian Ethic at Fuller