Accompaniment of Indigenous Communities as an Alternative Missionary Practice

Juan Martínez calls for a paradigm shift in thinking about evangelistic efforts among the indigenous of Latin America. As such it is both a fresh and welcome word. Today’s diverse and multicultural society demands an attempt to end hegemonic attitudes as reflected during the rule of both Constantinian and modern colonial powers. Interfaith dialogue with the indigenous peoples of Latin America continues to suffer from a host of unequal relationships—an imbalance of power between dominant players over the weaker ones. Evangelistic efforts must be carried out, as Martínez suggests, with an attitude of listening attentively to God’s presence and action among indigenous peoples from pre-conquest times to the present. An admirable contemporary example from North America of a new paradigm might be the Indigenous Relations department of the Mennonite Church Canada, which speaks boldly of settler societies and host populations.1 This terminology helps provide a corrective to the dialogue that is customarily weighted toward those in power.

My wife, Byrdalene, and I were privileged to work for nearly forty years as Mennonite mission workers in the Argentine Chaco among the Qom, an indigenous people made up of three linguistically related groups. Known in the literature as Toba, Mocovi, and Pilaga, the groups are now increasingly recognized by their own designations: Toba Qom, Moqoit, and Pitlaxa. For our purposes here I will use the generalized designation, Qom. The history of their evangelization presents a refreshing exception to the common experience of many Latin American indigenous populations. The Qom peoples persistently resisted and rejected imposed Roman Catholicism as part of the larger project of Conquest. When they did accept the gospel, it was in Pentecostal clothes, compatible with their previous ancestral spirituality. They received Jesus as they understood him in terms of their own metaphors. Jesus was experienced primarily through the power of physical healing and a newly found sense of human dignity. The gospel affirmed the Qom as persons fully accepted and loved by the Creator in their identity as indigenous persons. So strong was this appeal of Jesus that in less than two decades (the 1940s and 1950s) a majority of the tribal remnant—those remaining following the Conquest—began to consider themselves as belonging to the Way of Jesus.

Mennonite missionaries working in the region at the time did not readily accept this reality because some of the cultural expressions of Qom believers seemed quite “unchristian.” Learning to step back and walk alongside Qom church leaders in a supportive role was a significant shift in mission practice, one that cost the Mennonites dearly. In fact, the missionaries referred to the change in missionary paradigm as a new “conversion.” They turned over all church authority to the Qom and began to reference themselves as “fraternal workers” rather than missionaries. This move empowered indigenous leaders to take full control not only of the church but of the very definition of the gospel itself. Following the lead of veteran missionaries Albert and Lois Buckwalter, the Mennonite team of mission workers developed the concept of “missionary as guest.”

In 2009, an Argentine evangelical press published the book Misión sin Conquista,2 which articulates the vision the Mennonite team has practiced. The book’s full title (Mission Without Conquest: Accompaniment of Indigenous Communities as an Alternative Missionary Practice) refers to the Mennonite missionary experiment in the Argentine Chaco as an “alternative missionary practice.” Building a denominational church among the Qom was discarded in favor of empowering a thoroughly native church managed by Qom spiritual leaders. Thus the people themselves carried out the significant role of defining Christianity in their own culture.

Translation of the Bible into the Qom languages became another key component of the accompaniment model. Recognition of the cultural value of local languages turned out to be a crucial contributing factor in the empowerment of indigenous leadership. Mission personnel brought technical and linguistic skills to the translation endeavor and functioned as bridges between Qom translators and the Argentine Bible Society. The arduous task of training indigenous translators involves theological formation that should lead to both a culturally relevant theology as well as a reaffirmation of the positive values of traditional faith. Martínez correctly identifies the need for the theological affirmation of Creation and of God’s continual presence among all peoples. A further step for evangelical interfaith dialogue should be to listen more attentively to indigenous worldviews about the place of the human in Creation. An evangelical theology that has tended to emphasize an anthropocentric creation, with the human solely in charge of the rest of creation as “stewards,” will need to eventually give way to indigenous understandings in which all created beings are our relatives. From the indigenous perspective, humans are understood to be such an intrinsic part of Creation that we must actually be subservient to her (and not the other way around).

Our experience among the Qom taught us that when people who are perceived or treated as a culturally inferior group are given the space and encouragement to see the gospel through their own eyes, they are fully capable of adapting the message in a culturally relevant configuration. When foreign impositions are removed, or at least minimized, native spiritual leaders are empowered to embody the gospel in ways that speak to their own people at the deepest level. Catholic religious workers throughout Latin America often refer to this process as “enculturation of the gospel.” By this they mean a degree of incarnation of the gospel that goes beyond what we evangelicals often refer to as contextualization. Nobel peace prize winner Rigoberta Menchú describes it as being like a flower is to its mother plant: something the plant itself produces. That is, the recipients of the gospel internalize the message to such a degree that it grows and flowers as a part of the plant itself, not as a strange element grafted in, or a foreign message contextualized in order to find acceptance.

In fact, we began to see that believers in Jesus who are part of an ethnic people radically different from the Jewish peoplehood ought to be encouraged to understand and express the gospel in metaphors from their own culture. This may lead to unorthodox theological constructs or different interpretations of essential doctrines such as the atonement, the Trinity, or the meaning of the Lord’s Supper. For example, Qom theologians seem to understand Jesus’ work in the forgiveness of sins more in terms of
purification than as vicarious blood sacrifice.

Lastly, perhaps we need a reevaluation of practices considered to be syncretistic. After all, good news from outside can be adequately understood only when viewed through the eyes of one’s own cultural framework. This will inevitably produce synthetic formulations that to outsiders can easily seem like unjustified syncretism. We should encourage such unorthodox configurations of the gospel wherever the practical results are observable and identifiable as a way of following Jesus in daily life. In this sense, orthopraxis will trump orthodoxy. 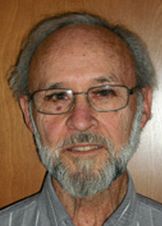 Willis G. and Byrdalene (Wyse) Horst reside in Goshen, Indiana, where they retired in 2010 following 38 years of service for the Mennonite Mission Network and its predecessor agency. Located in the Chaco region of northern Argentina among the Qom indigenous peoples, Willis accompanied Qom church leaders through Bible studies and intercultural theological dialogue and served as coordinator of the Mennonite missionary team. They have four children and seven grandchildren.