For those in Indiana, March Madness meant Hoosier basketball; for those of us in Southern California, it also included the Academy Awards. However, much was rightly made of the fact that for the first time in history, three African-American actors (Will Smith, Denzel Washington, and Halle Berry) were nominated, and Ms. Berry and Mr. Washington won. All gave stellar performances in very intense films. These nominations represented a long-overdue recognition of the diverse giftedness within the United States.

There was, as well, a second “diversity” that the nominations reflected, one that was given scant attention. Russell Crowe, Sean Penn, and Dame Judi Dench were also nominated for the best actor award. What was striking were the characters they portrayed in their movies. We were shown the lives of a schizophrenic, a mentally challenged man, and an Alzheimer’s patient, and in the process, the beauty and value of all human beings lit up the screen.

Mental illness is not something we “successful and self-reliant” Americans like to look at. Thus, these portrayals give us a window into persons we often otherwise fail to see. Movies have the power to focus the attention of their viewers, and here are three examples of that craft at its best—“A Beautiful Mind,” “I am Sam” and “Iris.” While these movies have been critiqued, whether for their historical inaccuracy, their suspension of reality, or their sentimentality, they nevertheless poignantly remind us that human beings are built to count—every one of us. 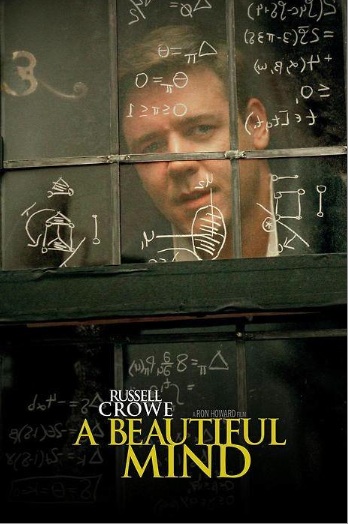 “A Beautiful Mind” is perhaps the most controversial with respect to its “accurate” rendering of real-life. The film tells the story of John Nash Jr.—the brilliant mathematician and 1994 Nobel Prize winner, who fell victim to schizophrenia. But the movie is not meant to be a history of the man. Rather, the screenwriter, Akiva Goldsman, says he wanted to portray “how people in this mental state do not know what to believe and more, the total betrayal that sufferers experience—a betrayal of their own minds.” Goldsman is himself the son of child psychologists who spent their whole lives working with autistic and schizophrenic children, and with whom he worked for ten years at one of their Blueberry Treatment Centers. Thus John Nash becomes a representative of all those whose minds have betrayed them.

Goldman says that the script was written to capture the spirit of the journey that the Nashs made. It is the case that John and Alicia Nash (portrayed by Russell Crowe and Jennifer Connelly) “loved the screenplay.” But even if they hadn’t, Goldman’s attempt to bring the disease out of the corners of our world and into the light is worthy of commendation. So too is Ron Howard’s direction, which focused not only on the core of goodness in Nash, even in his darkest hour, but also on how love can save us. Alicia Nash’s love for her tormented husband is staggering. The gift of her hope-beyond-hope ultimately brings Nash back from the brink. As one reviewer put it, she shows us that “a beautiful mind is surpassed only by a devoted heart.” 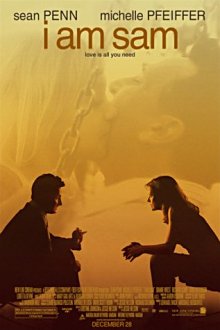 The next film “I am Sam” is the story of a mentally challenged man who fights for the custody of his young daughter. Sam (Sean Penn), a man in his 40’s with a mental age of seven, is the loving father of a homeless woman’s child who has abandoned them both. Lucy (Dakota Fanning), his seven year-old daughter, loves her dad so much she doesn’t want to get smarter than him. When this becomes evident to her teachers and social workers, they seek to “protect” the girl by taking her from her father. Friends and a self-absorbed lawyer, Rita Harrison, (Michelle Pfeiffer) join the battle. Though the plot is somewhat predictable and a tear-jerker (in the best and worst sense of the phrase), Sam’s unconditional, unabashed, and inexhaustible love for Lucy is inspiring to any parent regardless of their I.Q. Even Rita is transformed, as she discovers her own humanity by seeing the beauty of Sam’s. Fraught with almost insurmountable issues, the bond between father and daughter is, as in “A Beautiful Mind,” a transforming force. 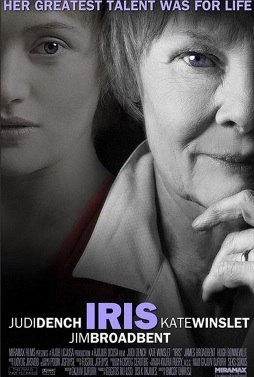 “Iris,” the most adult film of the three movies, is also a true story of a woman stricken with Alzheimer’s disease. Adapted from John Bayley’s (portrayed by Jim Broadbent) memoir of his wife, the philosopher and novelist Iris Murdoch (Judi Dench), the movie shows viewers their 40-plus year marriage. It movingly brings to light the love and pain which commitment can bring, particularly when one of the life partners slowly loses her mind to Alzheimer’s disease. Again, we are shown the spark of the human spirit that transcends even a deteriorating mind. And we see the flame of love that fans it.

These three movies represent a spectrum of filmmaking from U.S. big studio to BBC film, and from PG-13 (the first two films) to R. They are not for everyone given their tough subject material. However, individually and together these films echoed for us the words of Psalm 8: “What are human beings that you are mindful of them, mortals that you care for them? Yet you have made them little lower than angels, and crowned them with glory and honor.” St. Paul recognized that “this treasure” is placed in flawed “earthen vessels, so that it may be made clear that this extraordinary power belongs to God and does not come from us.” Even those who are in the midst of mental illness are crowned with honor and glory. In these films, that divine image and power is a marvelous and miraculous thing to behold. We can thank God for the “beholders” among us, those like Alicia Nash, Lucy, and John Bayley, who remind us of that truth.